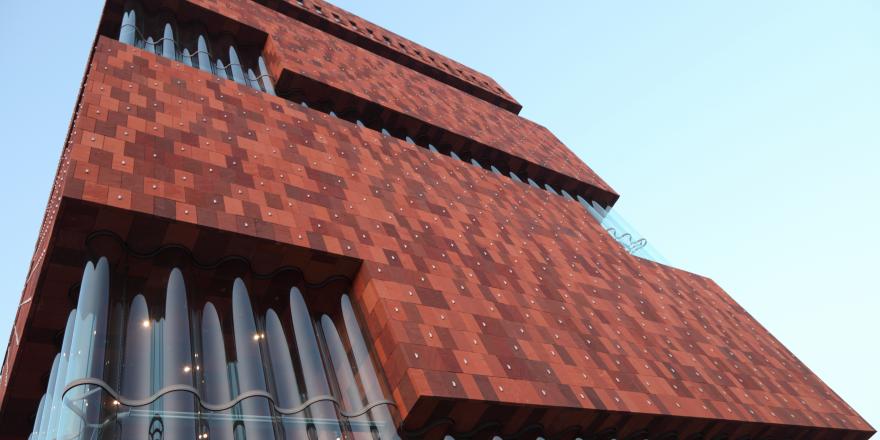 The MAS is a huge modern warehouse. Its unique architecture is based on the 19th-century warehouses that were typical of the city and the district in which the MAS is located. The museum rooms are stacked on top of one another, offset by a quarter turn on each level, creating an impressive spiral tower. The Boulevard leads you up past all the rooms. Right at the top, a spectacular panorama of Antwerp awaits you.

Like the former warehouses around the MAS, the 60-metre-high MAS tower consists of stacked spaces. The seven rooms thus lead you step by step up to the top.

A Boulevard with a view

The Boulevard runs like a glass spiral past seven museum rooms, each offset by a quarter turn from the room below it. Escalators take you past all nine floors to the top. Along the way you will discover the rich history of Antwerp in the world and the world in Antwerp, and the Boulevard will also treat you to a wonderful view of the city, which changes constantly as your rise higher. And at the top, on the roof terrace, a 360-degree view of the city, the port and the world awaits you.

3,185 hands adorn the deep red façade of the MAS. The hands – which are of course an allusion to that local delicacy, the Antwerpse handjes – appear to be holding the MAS up.
Inside, the red surface of the Boulevard is patterned with the same number of medallions. Writer Tom Lanoye and graphic designer Tom Hautekiet pay tribute in this way to city, port, river and world. Just as the museum does.
Tom Hautekiet based the design on the plans of an ideal Renaissance city, Palmanova. Around this image of the ideal city, Lanoye was asked to compose a text of no more than sixty characters. The result is a poem that refers to water, city, people and heritage, that can be read around the image. Each word can be taken as either the beginning or the end of the poem.

This unique building was designed by the world-famous Neutelings Riedijk Architecten, who won an architectural competition in 2000. The panel of judges was delighted with their warehouse, which uniquely represented the historical function and atmosphere of the location. Their ingenious vertical city tour, which offers an unprecedented look at every angle and corner of the city and port, also appealed to the panel. 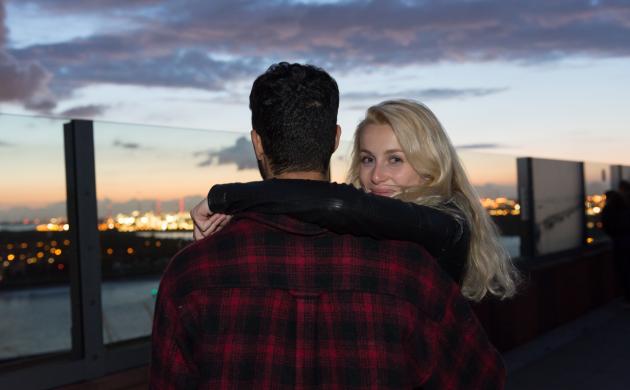 Fancy a free high-level city tour? The escalators of the Boulevard will take you nine storeys high. Along the way you will enjoy a constantly changing view of the city. And right up on the roof, you can see the whole city.