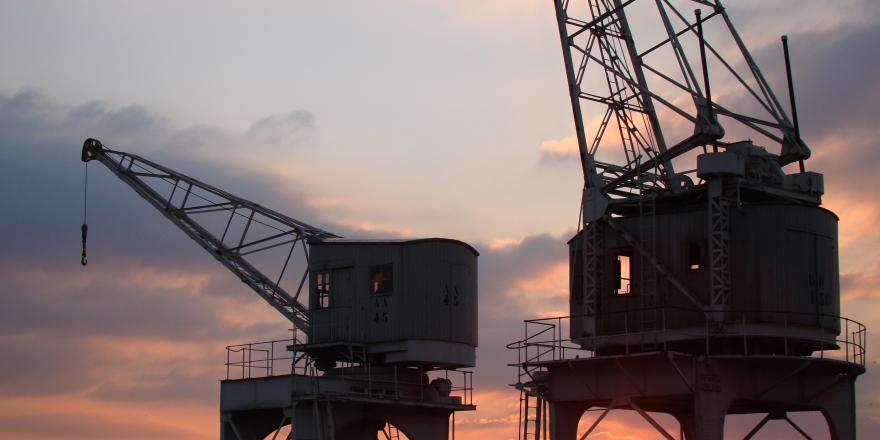 The MAS' largest and most impressive collection pieces can be seen on the Scheldt quays, completely free of charge. There you will find the largest museum collection of harbour cranes in the world. And just in front of the MAS, you almost bump into the showpiece of our collection: the oldest crane in the collection.

The largest museum collection of harbour cranes in the world

On the Scheldt quays, you can admire 15 of the 18 giant museum cranes from the MAS. It is the largest museum collection of harbour cranes in the world. The oldest one dates from 1907, the newest from 1963. The cranes were built by 15 different renowned manufacturers at home and abroad and show the rapid technological evolution of the port over the last century. Most of the cranes are protected as monuments. Take a stroll there and admire these giants of the port of bygone years.

You'll find the collection on the Rijnkaai, at Hangar 26 and 27.

Looking for a guided tour or to climb a crane?

You can visit the cranes on your own or take part in a guided tour. We occasionally organise guided walks. The more adventurous can even climb a crane, for example, during the annual Open Monuments Day. Keep an eye on this website. 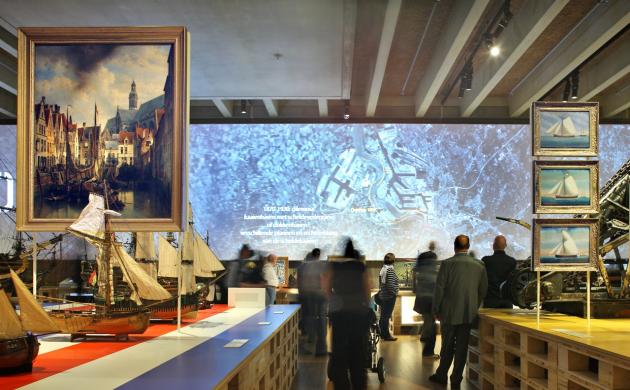 Once the largest port in the world, today the Port of Antwerp is characterised by colourful containers. It connects the city with the rest of the world. Dive into the history of our port. 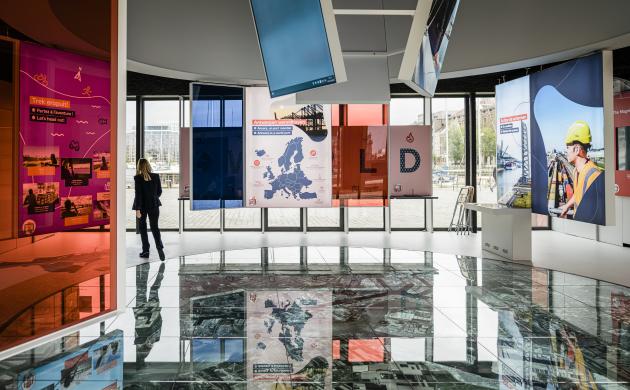 At the foot of the MAS in Antwerp you will find Portopolis, a free interactive visitor centre. Here you can discover the port of Antwerp in the heart of the city. Put on a VR visor for a 360° tour and feel the port come to life! Walk across the large aeriel photograph and discover all special hotspots on offer in our port.