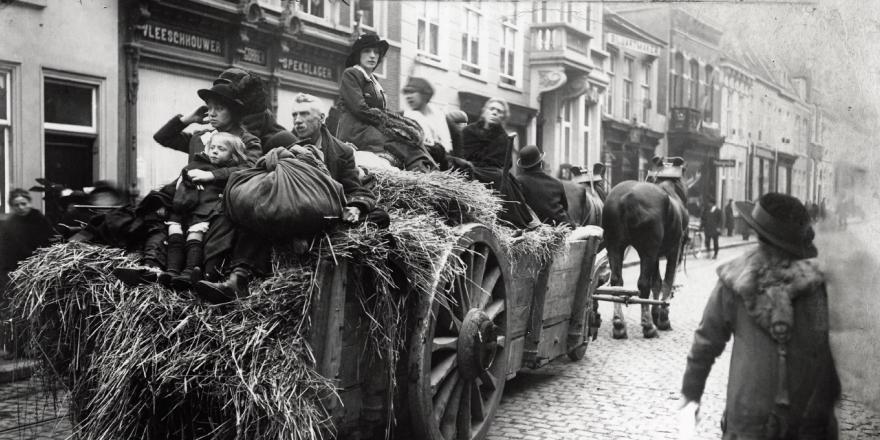 Exodus. Fleeing the war in Antwerp

Discover the gripping story of one and a half million Belgians fleeing the war in an exhibition in the Boulevard of the MAS..

Fleeing. Leaving your house and home behind overnight. It is a traumatic event that completely changes your life in an instant. That is how it was after 4 August 1914 when the First World War began for Belgium.

Monumental black and white photos follow the refugees on their way: from their flight from home, the first emergency aid and life in exile until they returned to a shattered country in 1918. The story gets under your skin as you move upwards on the MAS escalators; the story culminates with their return home.

The exhibition ‘Exodus. Fleeing the war’ commemorates the Great War

Antwerp was the capital of Belgium for a short while in 1914. It was a last beacon of hope for a population that was fleeing and a country on a war footing. One hundred years later the Centre for Peace has planned a commemoration programme with more than 50 partners. A unique and human story of refugees, art and a pontoon bridge over the Scheldt River.