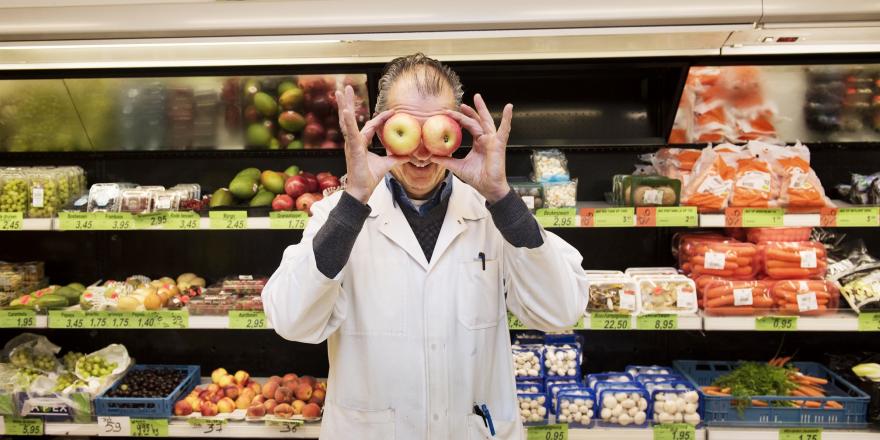 "The corner shop" highlights the colourful history of Antwerp's shops and shopkeepers in the MASboulevard. The MAS asked the photographer Sanne De Wilde to find out more about the people who run local shops in the city today. The result is a colourful and diverse portrait series. Combined with old photos, the exhibition shows the human face behind the corner shops of the city since the Fifties.

Take a closer look at the old photo albums of shopkeepers and discover a fantastic array of photos of the interiors or window displays of their shops. In several photos, the shopkeeper poses with staff or family. Nowadays, in the digital era, taking a photo of a shop is easy but in the old days this was not that evident. Photos were taken to celebrate an award, to highlight your trade, at the end of a renovation, to emphasise the personal service you offered... These photos are silent witnesses of fleeting, bygone memories.

These photos and postcard inspired Sanne De Wilde to create a new photo series.  She compiled a colourful and contemporary sequel to the old collections. With her photos, Sanne De Wilde reflects on the visual information that the old and new photos subconsciously provide. Learn more about food and colourful packaging, the presentation of merchandise, store designs as well as the smells and flavours that are typical of a corner shop.

Here, take your pick: home-made fish salad or a chocolate marble cake, fresh pierogi and chocolate-covered prunes, feta and olives, roasted seeds, a seasoning and a Moroccan lipstick. "Queue. Go on, take it. And do come back!" Old photos on the wall, yellowed, framed, wallpaper with flower patterns, new posters on the wall, shiny, with a fresh coat of paint. (Sanne De Wilde, 2016)

Sanne De Wilde likes to zoom in on the shopkeepers in her photos: they are what keeps the store going, they are the face of their store.

Our history is located between our ears and in our mouth. I had the opportunity to travel through time, through people, homes, villages, the city. To record the faces of the shopkeepers in Antwerp, Merksem, Berendrecht, Deurne... A face from the past and present. A Belgian face that is increasingly coloured... It looks healthy. But sometimes there is also a hint of melancholy. The eyes see through the present right back into the past. The nose inhales the fragrance of blood pudding, pea soup and oxtail. The mouth savours the stories and they taste just the same as they used to.  The face brightens up and smiles when I press the shutter and capture the story in the face. (Sanne De Wilde, 2016)

Often separating the shop from the shopkeeper can be quite difficult. Sanne highlighted this by creating dual portraits. In one photo the shopkeeper poses in his (sometimes former) shop, with a happy smile, gazing straight into the lens. In the other photo, he holds up merchandise or an object in front of his face. Your gaze sweeps over the shopkeeper and discovers the product, the shop, the sales customs instead. As a result, the dual portrait becomes a lovely documentary photo.

Because it is everyman's face, and someone's face, I decided to give the spectator the opportunity to gaze into the eyes of the shop. Because the shopkeeper is the shop and vice versa. Because together they were and still are shops. Because when you don't see the face, the store becomes the face: in every detail, in scents and colours, each with their own speciality. The face is concealed behind the only tangible trace that remains of the shop. Photos, a stuffed bull's head, a cake tin, Christmas cakes, olives and dates, apples and pears, sausage rolls and apple puffs, pasta that is drying. (Sanne De Wilde, 2016) 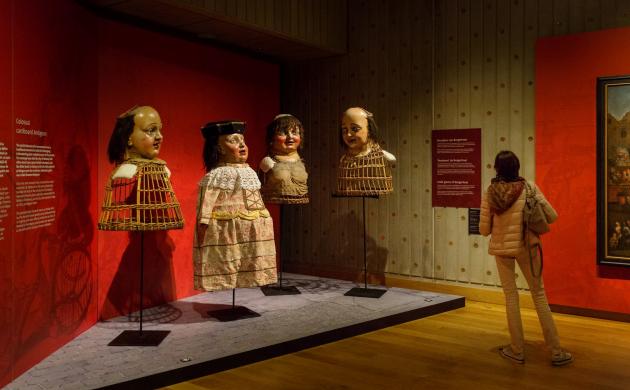 The MAS presents exhibitions on a wide range of subjects. The emphasis is on the link between city and world. Discover the exhibitions of the MAS. 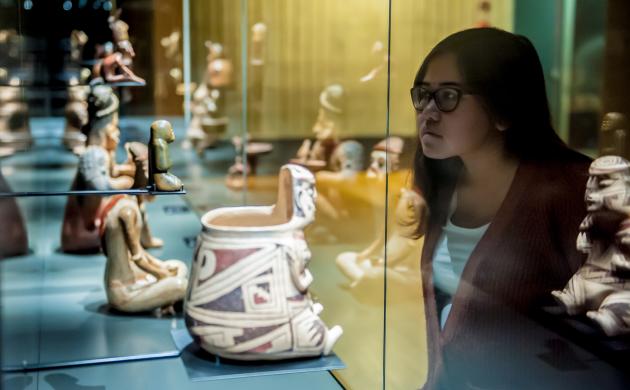 The MAS tells the story of centuries of contact between Antwerp and the world. You'll experience part of the tale on every floor.