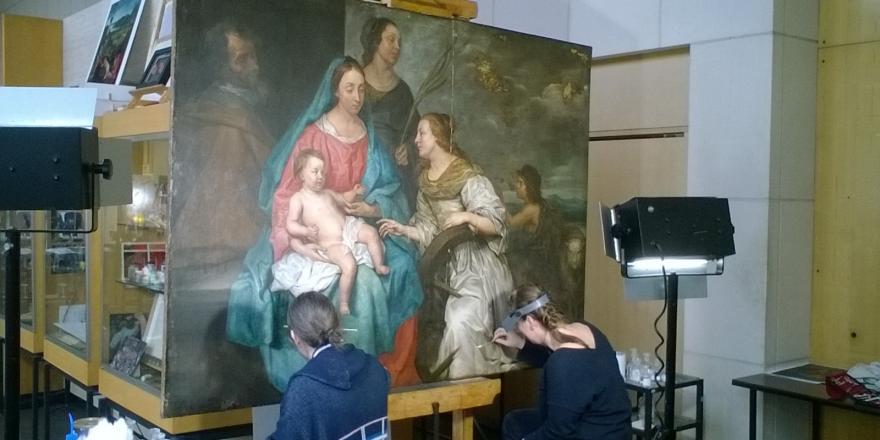 With a PhD in art history from the University of Liege, Pierre-Yves Kairis (born 1958) has been an assistant at the University of Lièg, an expert with the King Baudouin Foundation for a campaign to restore monumental paintings, a visiting lecturer at the Collège de Franc, and then Head of mission at the Belgian Science Policy Office.

Since 1998, Pierre-Yves Kairis has worked at the Royal Institute for Cultural Heritage in Brussels, where he currently holds the title of Interim Associate Head of Works and Head of Department. In 2015, he published a voluminous monograph on the 17th century Liège painter Bertholet Flémal, which won an award from the Académie française.

1. How did you come across Michaelina's work?

In 1991, I was hired by the King Baudouin Foundation to examine applications that had been submitted to the Foundation as part of its first major campaign to restore works of art, which at the time was devoted to monumental paintings. More than 670 applications had been submitted, and I was responsible for the French-speaking applications. As part of this work, I visited Gimnée church, in a remote part of Namur, and I came across a large and rather impressive painting depicting Saint Eloi. This painting was signed by a painter called Charles Wautier, about whom I knew nothing, but who appeared to have been an important painter. I started to do some research into him, and discovered that he was from Mons. In the process, I found a lot of information about a female painter who was also from Mons: Michaelina. I quickly suspected that they were brother and sister, but I didn't have any proof. A few years later, I came across an article by Katlijne Van der Stighelen, which was published in 1996, which covered everything I had been investigating! In fact, Katlijne and I had done almost exactly the same ground work. She continued this work with her typical brilliance, and it all resulted in this wonderful exhibition at the MAS.

2. What makes her an outstanding artist in your opinion?

What struck me right from the start was the variety of genres she approached, and with just as much skill in each field: religious paintings, mythological paintings, allegorical paintings, portraits, floral scenes, genre scenes. This was very rare for a female painter in the 17th century, a time when "peintresses", as they were known in French, were vaguely tolerated in flower painting, a genre in which Michaelina produced paintings as refined as those of the best Flemish painters specialising in this type of work. What is equally striking is Michaelina's absence from all historiography, as though a woman's body of work was cause for embarrassment, and was consciously overlooked.

3. Are there any striking similarities with her brother Charles?

Of course, there are obvious formal links between the works of Charles and Michaelina: we find comparable framing and layouts, for example for wrinkled saintly figures painted from the waist up, with heavy and broad drapes, and warm skin tones enhanced by well-studied light effects. The tones often radiate from their figures like a nostalgic feeling. Since Charles and his younger sister shared the same studio in Brussels, and had a similar clientele (in particular, officers in the service of the Spanish Crown), there can be little doubt that they collaborated on the same paintings more than once. But this avenue still needs to be explored: there are more discoveries to come.

4. Could you tell us more about the progress with the restoration of the Mystical Marriage of Saint Catherine (now in the KIK)?

The restoration of the "Mystical Marriage of Saint Catherine" at the Seminary of Namur is more akin to a resurrection, given that the painting was soiled to such an extent. I spotted this painting in 2001, while examining all the paintings preserved at the Seminary of Namur. I was immediately struck by its quality, and told the curator who was showing me around: "You have a masterpiece here!" But I didn't immediately think of our female painter from Mons. When I approached the painting and examined it in detail, I was shocked to see Michaelina Wautier's barely visible signature, which no-one had apparently noticed before, as the painting was so soiled and obscured. So it is a veritable resurrection we have helped bring about with this restoration. Incidentally, this painting had aroused so much enthusiasm among the restorers of the IRPA-KIK that we looked around for a sponsor for the restoration. Without success, as Michaelina was almost totally unknown at the time, and did not generate any interest. Fifteen or so years later, thanks to the excellent work of Katlijne Van der Stighelen, Michaelina is now recognised as having been an outstanding artist of her time, and it is much easier to raise awareness among sponsors. 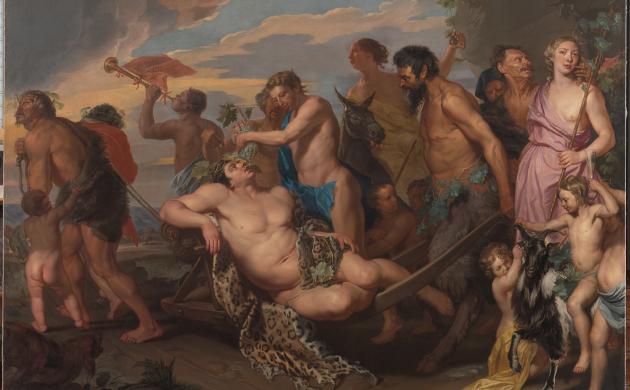 The MAS hostst the Rubens House

Two of the city's museums will be teaming up for the first retrospective exhibition about the work of Michaelina Wautier (1614–1689), in a unique partnership between the Rubens House and the MAS. The exhibition is a world premiere in demonstrating the exceptional talent of an artist who became popular in a period when female artists were very rare. Her work is so varied and unique that it defies all imagination when it comes to art history.