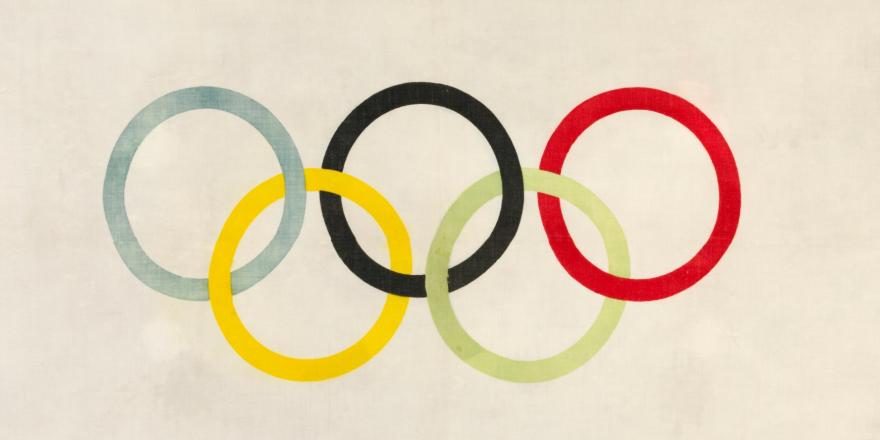 In spite of the difficult post-war situation and limited financial resources, the 1920 Olympic Games in Antwerp were groundbreaking. For the first time, the Olympic oath was taken and the Olympic flag was revealed to the public. The organisation of the Games in Antwerp was a feat in and of itself, because the city had just 16 months to prepare. In this mini exhibition, you can view posters, photos, trophies and more.

When it was announced that the Belgian Olympic Committee was making a bid to host the 1920 Olympic Games, a group of prominent residents of Antwerp put together a plan to bring the Games to Antwerp rather than Brussels. A brochure, “Aurons-nous les Jeux Olympiques”, was created to convince the International Olympic Committee of the city's sports and cultural assets.

The decision was made just 16 months prior to the opening of the Games. Therefore, the organisation of the sports event was a feat in and of itself. Intensive construction began and hotels, schools and even boats were used to accommodate the athletes.

Of the 22 sports that were scheduled to take place, only a few were hosted in and around the Olympic stadium in the Kiel neighbourhood of Antwerp. Sports such as swimming, cycling, rowing, shooting and sailing were held at other locations in and outside of the city.

With 16 gold, 12 silver and 14  bronze medals, the Belgian athletes gave an impressive performance in Antwerp. The highlights included the triumph of the Belgian football team, the victory of Antwerp native Frans De Haes in weightlifting, and the achievements of the Belgian gymnasts. In addition to the winners’ medals, the participation medals and the certificates that were presented in Antwerp, each individual champion received a bronze statuette: “l’Athlète Victorieux”.