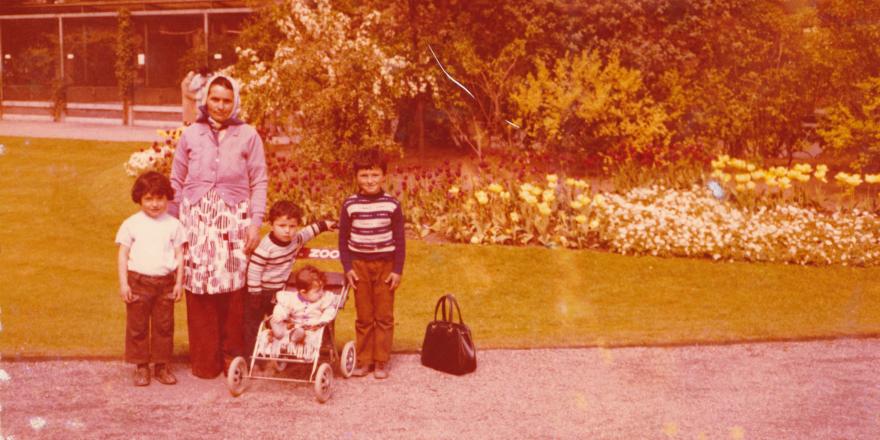 In Antwerp. 50 years of migration from Morocco and Turkey

Migration is about living and working in an unfamiliar place. It’s about long-distance love and growing up in a foreign city, a new home. You’ll discover the story of 50 years of migration from Morocco and Turkey on the fifth floor of the MAS. Who knows? You may even recognise part of your own life story.

In 1964 Belgium needed extra hands to fill the available, often physically demanding, jobs. Our country concluded agreements with Morocco and Turkey. Antwerp received new residents. They chose Antwerp as their destination. They decided to live and work here, raise their children and develop a new life.

Based on objects like family photos, work permits, love letters and old home movies, some of Antwerp’s Moroccans and Turks talk about the decision that changed their life. It’s about living and working in an unfamiliar place. It’s about long-distance love and growing up in a foreign city, a new home.

It’s about the silver factory Metallurgie Hoboken and glass manufacturer Verlipack. It’s about the Tenants’ Collective and about Father Verachtert. It’s about the parents of Amina, who still know by heart the love poems they sent through the mail. It’s about a hat of the Imazighen, Nutella and the Nazar eye.

'In Antwerp' was developed as part of 50 years of migration and in collaboration with UTV, FMV, Fedactio, Atlas and the Red Star Line Museum.