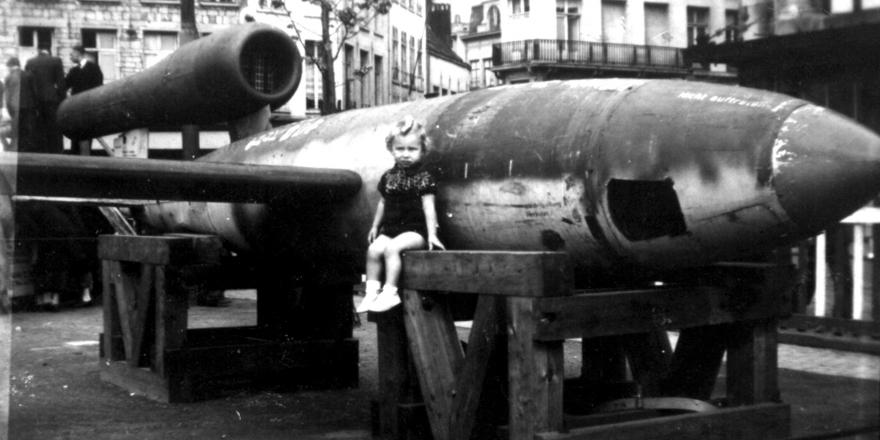 At the end of the Second World War, Antwerp was the target of heavy V-bomb attacks launched from Germany. Within a few months, large sections of the city were in ruins and thousands of people were killed. The MAS focuses on this part of the city's history with the expo 'Everyday Fear' in the pavilion.

September 1944: The German occupation of Antwerp is over and the German seems to have been pushed back from Belgium. However, between October  1944 and March 1945, the city was plagued for months by attacks, with the feared V1 and V2-bombs raining down from Germany and the Netherlands. The Germans wanted to stop the advance of the Allies, but many of the bombs end up on the city. More than 4000 people were killed, mainly civilians. No neighbourhood was spared.

This period will soon be the focus of a mini-expo at the MAS pavilion. You can see where these bombs fell on Antwerp and the scars they have left behind, by means of photographs, first-person testimonies and maps. And you can see for yourself what a V-bomb looked like, because the MAS exhibits one from its own collection. It was donated to the city of Antwerp by the American general Clare H. Armstrong.

Exhibition in the MAS Pavillion, from from June 1 to September 13. Free entry.

Do you have an object or story you want to share?

Not all stories from that time have been recorded. There are probably still many treasures gathering dust in your (grand)parents' attic,  which could help document this part of Antwerp's  history. From May 2020, the MAS will start looking for World War II heritage. There will be a year to collect these items, taking place in all Antwerp neighbourhoods. This fits within the preparation of  the MAS exhibition on the Second World War, set to open in 2023. Do you have objects, stories, documents or photographs you think are important to preserve? Send an email to mas@antwerpen.be or keep an eye on the website for more information.

This focus expo is a creation by the MAS in collaboration with the Antwerp City Archives in the context of Antwerp Commemorates.