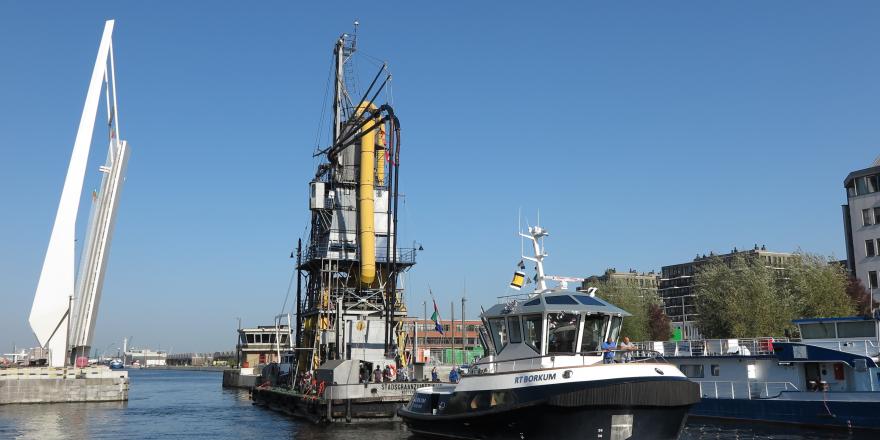 The MAS and the Maritime Museum Rotterdam hammered out a kind of joint custody plan for this special ship. The grain elevator is under joint management and will moor half of the time in Antwerp and the other half in Rotterdam. The grain elevator will undergo a thorough restoration, during which time, the machine will be out of sight for about two years.

With this joint initiative, the MAS and Maritime Museum Rotterdam are setting a European benchmark: two major museums in different countries taking joint responsibility for prime maritime heritage. Because this grain elevator is of enormous significance to both Flanders and the Netherlands.

But... after a 92-year career, even a great machine like the grain elevator starts showing its age. The pontoon, the tower and the electrical systems need restoration work to keep the vessel working and viable for the future. Therefore, the grain elevator will probably stay in Rotterdam for about two years, before returning to Antwerp.

From Antwerp to Rotterdam

A team of skilled, motivated volunteers from the Rotterdam Elevator Foundation kept the grain elevator in working condition all this time.

In 2015, the Maritime Museum Rotterdam and the MAS submitted a joint project to a Belgian-Dutch foundation for joint management in the future. The VZW Natuurbehoud Pater David manages the estate of Jacques Schoufour (1927-2014), a Rotterdam port baron who lived in Belgium. The foundation granted a starting amount for the restoration of the grain elevator in a joint management project, whereby the grain elevator will be moored 50/50 in Antwerp and Rotterdam.

The fact that no grain elevator was preserved in Antwerp, and that the last Antwerp specimen was lovingly maintained and regarded as a showpiece abroad, left a bad taste in many Flemish heritage enthusiasts' mouth. Luckily a restoration and exploitation plan has been elaborated by both museums, along with additional partners such as the Hogere Zeevaartschool. The Rotterdam volunteer team also trains the Antwerp MAS volunteers in the operation of this complex machine. 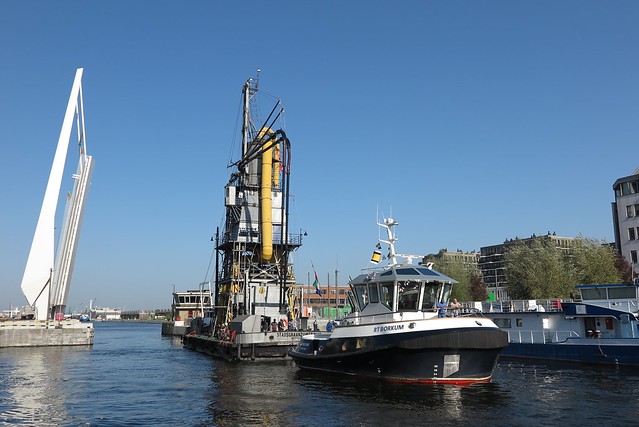