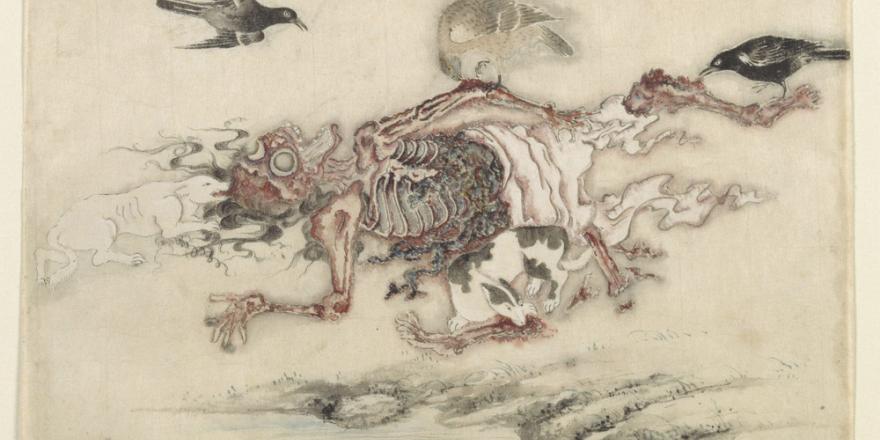 The MAS has a collection of all-but-forgotten treasures and contemporary pieces, from the small and refined to the bombastic and large or the mysterious and old. A selection of remarkable, unusual or in some cases utterly ordinary masterpieces.

This ring is made with incredible precision. It was a special grave gift for an Aztec nobleman. It is part of the Paul and Dora Janssen-Arts collection and is on display in the Life and Death exhibition at +8.

The harbour cranes are an iconic MAS exhibit: they symbolise the industrial evolution that has changed the port dramatically since the nineteenth century. The MAS is thus the first museum in Antwerp to have taken an interest in the industrial heritage. Moreover, this is the largest museum collection of cranes in the world: there are seventeen of them, and they can be discovered around the MAS.

The most dangerous: the kris

This Indonesian dagger was made before 1500. The kris was part of the traditional clothing and was usually worn on the back. The design varies from region to region and the detailed work is very refined. Materials such as gold and diamond reflect the wearer’s prestige.

This 19th century bronze statue comes from India. It is a representation of the god Shiva as a phallus. The snakes or naga symbolise fertility and eroticism. The statue can be discovered in the Life and Death exhibition on +7.

The most practical: Chinese sailor’s phrasebook

Chinese sailors used this booklet in European ports in the 1930s to look for work, accommodation and women. In the MAS you can find it in the World Port exhibition (+6).

The most heavenly: Islamic prayer rug

Muslim believers pray on a rug for the sake of purity. The four medallions form a tree of life. The mihrab or prayer niche at the top points towards Mecca, as does the head of the believer as he prays. Next to a diamond-shaped amulet you can see the hands of Fatima, the daughter of the Prophet Muhammad, which ward off evil. On display in the Life and Death exhibition (+7).

Minerva was once a prominent Antwerp brand of luxury cars for royalty and celebrities. This model from 1930 reached 130 kilometres per hour, making it the fastest of its time. (World City +5)

This model of a war canoe from the first half of the nineteenth century comes from Gisborne on the northern island of New Zealand. It was designed by the Maori, the island’s indigenous people. It is thus the collection piece that had the longest journey to make before ending up in the MAS.

The closest: lock from the Hanzehuis

On the site of the MAS there used to stand the impressive Hanzehuis, which was twice as large as the MAS. It was built from 1564 by the architect who also designed Antwerp Town Hall. It was originally used as a commercial building, then as army barracks, a military hospital and a Protestant church. In 1893, the Hanzehuis was demolished after a serious fire. (World Port +6)

The most intimate: golden penis sheath

These penis sheaths come from Nariño, a region straddling the border between Ecuador and Colombia. Penis sheaths were usually made of shell, or of gold if they were grave goods.
(Life and Death +8)

The most frightening: Wanyugo mask

This mask from Ivory Coast wards off witches. Witches or soul-eaters collaborate with invisible spirits. They deprive people of their vitality in order to strengthen themselves. The Janus mask with two animal heads looks into both the visible and the invisible world. In this way, the masks overcome the witches. (Life and Death +7)

Most comical: de Neus (‘The Nose’), Voddenbaal (‘Ragbag’) or commentary puppet from De Poesje on Repenstraat

The poesje or poesjenellentheater is the name given to Antwerp’s puppet theatre. In 1862 a new poesje was opened on Repenstraat that became one of the most famous in Flanders. The poesje was popular folk entertainment in which those in power were mercilessly ridiculed. (World City +5)

The oldest: bones of the giant Druoon Antigoon

The ‘giant’s bones’ are actually a rib and shoulder blade of a right whale. They are between 2.3 and 2.5 million years old, making them by far the oldest item in the MAS Collection. On display in the World Port exhibition (+ 6)

The truest: the nine reflections on the impurity of the body

The ‘nine reflections’ show a beautiful princess in full finery, and then the various stages of decomposition of her dead body. The prints show that a body is merely a temporary garment; only the soul continues to exist. This Japanese masterpiece from the 1670s is one of the oldest of its kind. The seventh picture is missing. (Life and Death +7)

This relic, the body part of a saint, was venerated by the Archdukes Albert and Isabella, who displayed their religiousness by collecting and venerating relics. The lower jaw of this saint was kept in the former St. Walburga Church. This was in the district around Het Steen, and disappeared when the Scheldt quays were straightened out. 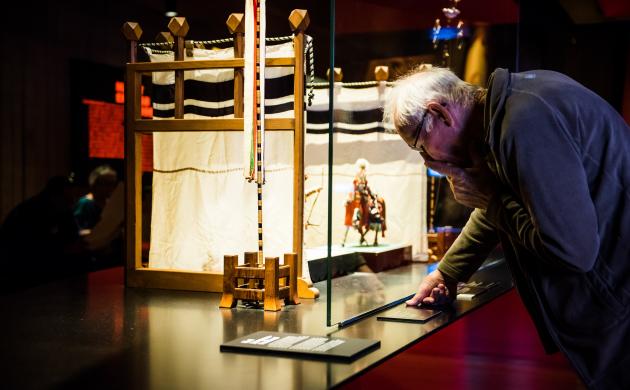 Do you want to be able to enjoy all the MAS’s objects from the past, from Antwerp and from the world at any time and in any place? Well, you can, because the MAS also has its entire collection online.